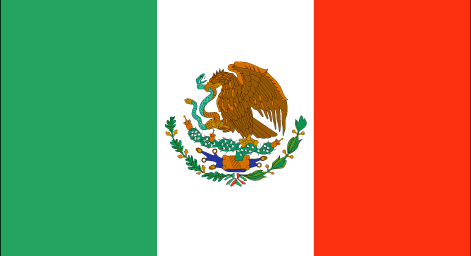 To be able to apply for one of these institutions, you will need to produce the high school diploma (French Baccalauréat or British A-Level) and to pass an intellectual ability entrance test. The length of studies changes from a university to another one, in general it is between four or five years. The academic year is divided into trimesters or semesters.

Going to Mexico with a high school diploma

French citizens who want to register for the first year in a Mexican university have to match some criteria:

- being admitted to Spanish test in the university they target

-being able to give commented copies and the Spanish version of the following documents: birth certificate, high school transcript, A-Level transcript and student records

- having passed the entrance test

Passing the test doesn't guarantee an admission for international students. Indeed, students are admitted according to the number of vacant places and to the decision of the technical councils of the schools in question.

Going to Mexico after some years in French universities

In order to obtain their studies validation, candidates who have already started a course at university and who plan to apply for a Mexican university have to address their application to the university they chose and precise the diplomas, courses and modules from their previous years. Each application is studied separately with the consideration of the modules done, because apart from the Baccalauréat, there is no official equivalent diploma between France and Mexico.

Useful Sites for Sudying in Mexico

Scholarships for Studying in Mexico

Official Selection of the Best Business Schools in Mexico