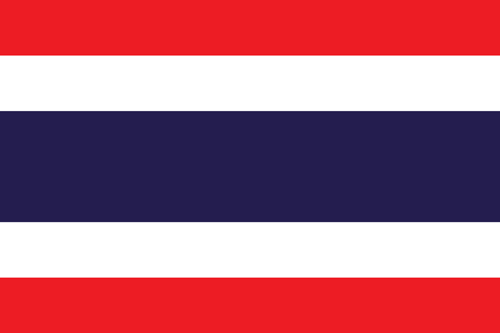 Information for Foreign Students in Thailand Getting There
Bangkok is one of Asia's largest hubs as well as the busiest airport in Southeast Asia; practically every airline that flies to Asia also flies to Bangkok, meaning competition is stiff and prices are low. The national carrier is the well-regarded THAI Airways, with Bangkok Airways filling in some gaps in the nearby region. Bangkok Airways offers free internet access while you wait for boarding to start at your gate.

Obtaining a Visa
With a Letter of Admission, a photocopy of your passport (which must be valid for at least 6 more months), and recent passport-size photographs, you can apply for your student visa at a Royal Thai Embassy or Consulate in your country. Please visit the following website for all the important details regarding the visa application process: http://studyinthailand.org/study_abroad_thailand_university/student_visa_immigration_thailand.html.

Money
Currency used in Thailand is the baht (THB). ATMs can be found in all cities and large towns, and credit cards are widely accepted in the tourist industry, at restaurants, shopping malls and shops catering to tourists.

Cost of Living
Thailand is not as cheap as it used to be with Bangkok recently being named the second most expensive city in Southeast Asia behind Singapore. However, the city also offers the most competitive prices for shoppers who explore.

Telephone
You can buy a prepaid SIM card to use in any unlocked phone for any of the Thai carriers in any convenience store for as little as 50-200 baht and charge it up as you go. The Bangkok airport is a good place to buy a SIM card, since the people working at the counters there speak relatively good English.

Health
Tap water is usually not drinkable in Thailand outside of Bangkok. In many places in Bangkok however, particularly in new buildings, drinking tap water is perfectly safe. However, if you don't want to chance it, buying a bottle of water is the obvious solution. Bottled water (???????? naam plao) is cheap and ubiquitous at 5-20 baht a bottle depending on its size and brand, and drinking water served in restaurants is always at least boiled (?????? naam tom). Ice (??????? naam khaeng) in Thailand usually come packaged straight from the factory and is safe; there is only reason to worry if you are served hand-cut ice. You can buy a large package of ice in most 7-elevens for 7 baht, too. Being a tropical country, Thailand has its fair share of exotic tropical diseases. Malaria is generally not a problem in any of the major tourist destinations, but is endemic in rural areas along the borders with Cambodia (including Ko Chang in Trat Province), Laos and Myanmar. As is the case throughout South-East Asia, dengue fever can be encountered just about anywhere, including the most modern cities. The only prevention is avoiding mosquito bites; wear long pants and long sleeves at dusk in mosquito areas and use repellent (available at any Thai corner shop or pharmacy).

Transportation
Buses travel throughout the country and the government's bus company BKS (??? Baw Kaw Saw), known in English simply as the Transport Company, has a terminal in every province of any size. Generally speaking, BKS buses are the best option for both price and comfort. There are also private buses sanctioned by BKS, which operate on the same routes from the same terminals with the same fares, and these are also fine. The ones to watch out for are the illegal bus companies, which operate from tourist areas (especially Khao San Road) and subsidize slightly cheaper tickets with worse amenities, schedules and safety. In particular, beware of non-government 'VIP' buses, which often turn out to be cramped minivans - and you'll only find this out after paying in advance. A songthaew (??????) is a truck-based vehicle with a pair of bench seats in the back, one on either side - hence the name, which means 'two rows' in Thai. In English tourist literature, they're occasionally called 'minibuses'. By far the most common type is based on a pick-up truck and has a roof and open sides. Songthaews are operated extensively as local buses (generally the most economical way to travel shorter distances) and also as taxis; sometimes the same vehicle will be used for both. Be careful if asking a songthaew to take you to someplace if there is nobody in the back, the driver might charge you the taxi price. In this case, check the price of the ride before embarking. Metered taxis are ubiquitous in Bangkok and starting to become more popular in Chiang Mai, but rare elsewhere in the country. When available, they are an excellent means of transport - insist on the meter. Beware of taxis which idle around touristy areas and wait for people. They are looking for a tourist who will take their taxi without using a meter. Always use the meter!

Official Selection of the best Business Schools in Thailand

Learn the ranking results of the best masters in Thailand here: